The Alzheimer's Show is a two-day event for carers, family members, healthcare
professionals and anyone affected by Alzheimer's, dementia and memory loss.
Jackie will be one of the team of Admiral Nurses running the popular 1-2-1 advice
clinics at The Alzheimer's Show in London on 7th and 8th June.

The Cogs Club and Cognitive Stimulation

This conference is entitled The COGS CLUB AND COGNITIVE STIMULATION

It will be held in Bari, Italy on Wednesday June 21, 2017 at the Norman Scientific Castle

The Cogs Club project in Italy is growing

At this moment, there are 6 clubs:
2 in Corlo di Formigine and in Sassuolo
and 4 new locations:
1 in Maranello, near Sassuolo;
3 in the northern area of Modena, in Medolla, San Possidonio and Carpi.
1 will open soon in San Felice.

Ass.S.De are collaborating with 2 other associations (A.S.D.A.M. and G.A.F.A.) so that they can work within 2 other districts of Modena. The team of professionalists has grown and now includes 4 Psychologists , 3 OT's, 2 Psychology assistants and 1 music therapist.

They continue to collect data from the evaluations with ACE-R, GDS, Qol-AD, DAD and ZBI. The results are very interesting and have been presented in Padova at the SIPI (Societa Italiana di Psicologia dell'invecchiamento) Congress in March.

The results are also being presented in Copenaghen at the Alzheimer Europe AE Conference Oct 31 - 2 November 2016.

Club at Our Lady's Hospital 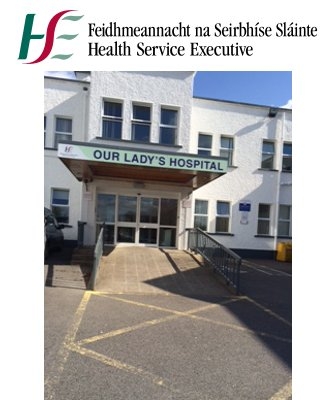 This conference considers the prevention and treatment models which includes an evaluation of their Cogs Clubs. See programme for details

Cogs in Ireland is on the move

The Alzheimer's Society of Ireland have opened their first club in Galway.
A second club has now opened in Dunally Sligo
See address section for details /contacts

Cogs in Italy is moving forward

On 11th November I was invited to visit Italy to observe one of the two pilot sites and then present the Cogs initiative to a new audience of interested parties.

Dr Andrea Fabbo Director of Dementia Services in Modena, is in charge of this project in collaboration with Andreina Capitani President of the Dementia Support Association (Associazione Sostegno Demenze http://www.asssde.com/)

There are two pilot sites (in the Parish church of Formigine and in the Public Park of Municipality of Sassuolo called Parco Amico (an amazing area dedicated to elderly people) with 15 members in each. They will have an MMSE score not less than 18/30. I visited the club in the Parco Amico.

Both clubs are run by professionals who arrive when it is time for their session. They are supported by a team of volunteers who assist as needed e.g. work with the therapist, support members with activity, food preparation etc

The efficacy and effectiveness of these two clubs will be evaluated at the end of December. 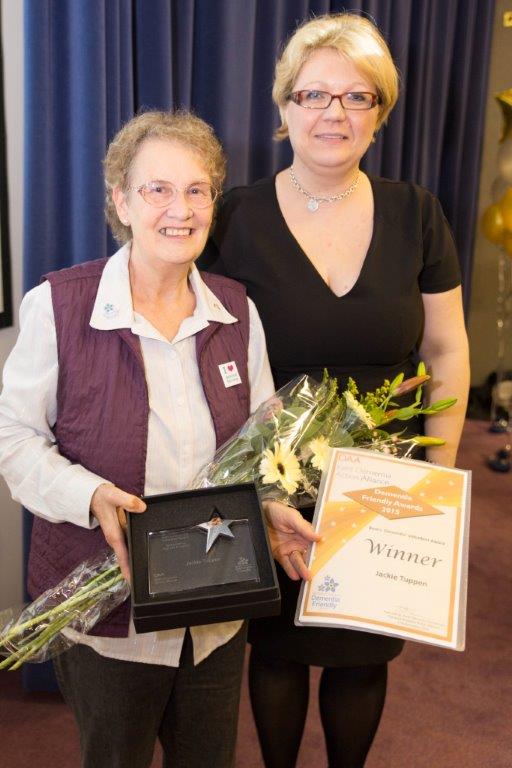 Kent Dementia Action Alliance asked people across Kent to nominate people, events and agencies for 7 award categories.
The winners were decided by a number of people in Kent living with dementia.
By voting for me for this award the value of Cogs Clubs for people living with dementia has been recognised.
There are 22 clubs in Kent and many are supported by professionals from the Kent and Medway Partnership Trust.

A lighthearted singalong for young people about dealing with dementia. Based on the book, and featuring the characters from The Dementia Diaries by Matthew Snyman.

The University of Parma ran a Cognitive Stimulation Workshop on 21st May.
In Italy they have memory clinics and some professionals are trained in Cognitive Stimulation Therapy.
This was an opportunity to present Cogs Clubs as a therapeutic intervention.
Over 100 people attended the Workshop. The effectiveness and efficacy of cognitive stimulation therapy (CST) is largely accepted and groups at the memory clinic in Parma have consequently been adapted to run in a similar way.
The Cogs Club presentation was well received and discussions
continue regarding its use in Italy.

Interventions in Italy are led by research: proof of effectiveness and efficacy help to move new initiatives forward.

Click the heading to see the workshop programme
Italy 21st May